Mrs. Osika is the coordinator of the Opportunity Center. On a day to day basis, she has to track the progress of Hobart High’s students and make sure they all have completed their work. This is only just in the job description. Mrs. Jan Osika is one of the hardest working staff members in the school, most teachers and students have agreed. When Mrs. Osika was asked if she liked doing her job, she responded with, “well I better because I’ve been doing it for the past 33 years!” Mrs. Osika started working here in 1985. Originally, she was an English teacher, and after awhile, she moved on to become a health teacher until 3 years ago. She is a Hobart alumni, graduating in the class of 1971.

She does the job she has right now because she went to school to be a teacher. She may not be so much of a teacher anymore; she may be considered more of a helper now. Dr. Buffington and Mrs. Patrick are the ones who decided Mrs. Osika is the perfect fit for this job.

Mrs. Osika is great with students. She has a great reputation with them and they all love her dearly. She stated, “I think it’s because I probably remind them of somebody’s grandma, and I’ve been around for so long that I understand that even if a problem seems really big to them that we can find a solution. You could say that it helps to have Mrs. Benton in here because she’s a very even-tempered and a good listener.” Some of Mrs. Osika’s strength’s at her job include having a good rapport with students, and she has a knack for finding students that try to hide from her. She says she especially likes working with football players, considering her son played professional football.

Mrs. Osika is great at trying to make the students understand that if they just do their work on time then they can be successful on tests, which count for a lot of their grades. Students seem to understand her. When talking about how she can prepare students for success, she said, “I can say that I try to make them understand that their transcript is them on paper because a college or employer is going to see their transcript first and maybe interview them. Students plan on big things but without a good transcript they won’t get in.”

In three words, Mrs. Osika described herself as energetic, sarcastic (in a good way), concerned. One quote she always tells her students is, “the things you worry about, never happen.” When asked if she could give one tip of advice to incoming or current freshman, she said, “Do your work on time, and everything will fall into place. Join a sport or a club. Make the most of high school.” Mrs. Osika is extremely proud to be a brickie, and we could not be more happy to have her apart of our community and family. 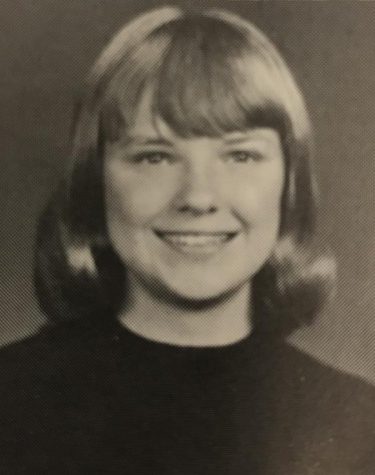