The welcoming of our new veteran Chief Volk!

Get to know our new Veteran of Hobart High! 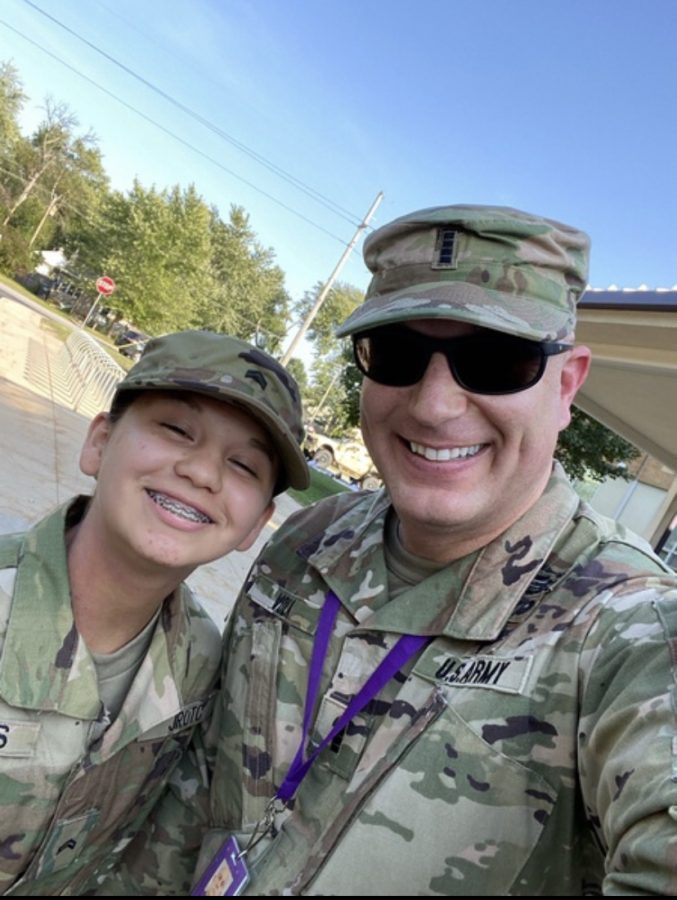 Did you know that Army Chief Warrant Officers make up less than 1% of the overall Army? Army personnel can go many years before ever meeting the “infamous” Army Chief Warrant Officer. Because of that, Army personnel often identify them as “mystical unicorns”; you never know when and where they will pop up. I knew that going into my interview with Chief Volk would be everything but boring. Getting the time to just sit down and talk to Chief about all the interesting things he got to experience during his twenty-four years of service in the Army, In addition, he’s on his 2nd year as an Army JROTC Instructor, so he’s been in uniform for an overall time period of 26 years. Being in the Army for so long, it makes sense that Chief got to see and explore places most people don’t, for example, have you ever heard of a place called “Gibraltar”? Yeah, I didn’t know about it either until he explained to me that this place is located in Spain but owned by the British! What’s so interesting and unique about this place is the Apes! There are Apes that roam the ground freely here. He showed me videos of them sitting on people’s cars, and just hanging around humans! It’s no surprise that this is one of his favorite places he’s been to.

He has got to experience amazing landscapes, and also some exciting assignments! For example, he got to work with Special Operations/Special Forces (Airborne) elite personnel for 11 out of 24 years of his service. He got to know a lot of interesting people and even got to “jump” with the Brits. Knowing and being around so many different types of cultures, and ethnicities he gained a great amount of diversity. He also has a high tolerance for stress, which is needed for a leader like himself. Being in the Army requires rigorous training, not only physically but also mentally. So, if something goes wrong he can definitely handle it!

I thought that because Chief has served so many years he might have had some regrets or some simple decisions he would take back if he had the chance to. But as I asked him the question he wasn’t slow to say “No, I don’t look back, I only move forward with my life.” I think more people need to take some of his words here into deeper consideration.  Chief, later on, retired from the Army ready to have a peaceful experience for the rest of his life. But that didn’t last too long when he decided to put back on his uniform, which was actually challenging for him to do after being retired for three years! Chief always loves a challenge and submitted his JROTC Instructor packet to motivate young people to be better citizens. And not to anybody’s surprise, he’s very good at his job, the cadets love him and welcomed him to the Brickie Battalion. Overall, Chief enjoys mentoring, motivating, and helping young adults!